What is urinary incontinence?

Urinary incontinence or involuntary leakage of urine means that a person urinates when he does not want to. This disorder is very common, and contrary to popular belief, women more than men suffer from this problem. In addition, it can be said that urinary incontinence is not limited to the elderly or is not a sign of disability.

Causes of urinary incontinence are:

Which physiologic change in the elderly population contributes to urinary incontinence?

Risk factors that increase the likelihood of urinary incontinence include:

When to see the doctor

As mentioned, urinary incontinence is a common problem, and you should not be embarrassed to talk about your symptoms. Depending on whether the vagina or penis is involved, your doctor may perform pelvic or rectal examinations to diagnose urinary incontinence. In addition, your doctor may also suggest that you keep a diary of how much fluid you drink and how often you urinate.

It is not always possible to prevent this common problem, but some simple steps can reduce the risk:

What is stress urinary incontinence?

Stress Urinary Incontinence or SUI is the leakage of urine when abdominal pressure increases due to physical activity:

The above items are the instances that could cause SUI. They put pressure on the bladder.

Remember that you might not experience SUI after each of the above physical activities. They just put pressure on your ladder and make SUI possible. It is particularly true when your bladder is full.

The most common sort of urinary incontinence in women is the SUI. Contrary to popular belief, SUI is not related to psychological stress.

SUI might happen when pelvic tissues and muscles become weak and allow the bladder “neck”.

Stress incontinence happens when the muscles and other tissues that support the urethra lose strength. It could become weak due to;

There are some factors that make the SUI worse:

What are the signs and symptoms of urinary incontinence?

Common signs and symptoms of urinary incontinence include:

What is the reason for uncontrolled urination?

The reasons of urinary incontinence area as follows:

What are the  types of urinary incontinence?

Types of urinary incontinence include:

In this type, when you put pressure on your bladder, urine leaks. The pressures mentioned on this page include coughing, bending over, having sex, sneezing, or picking up something heavy.

Your body has a urination need that then comes the involuntary loss of urine. For example, you might have to urine several times during the day and night while sleeping. It could be caused by an infection or a severe condition such as diabetes or neurological disorder.

As the bladder doesn’t empty, you frequently experience dribbling urine.

In this type, the patient is not able to get to the bathroom in time. Often a physical or mental impairment prevents him/her from doing so. Arthritis or Parkinson’s are examples that make it hard for the patient to unbutton pants quickly enough.

The patient suffers from more than one type of particular incontinence.

Reflex incontinence also gets called spastic bladder. When the bladder fills with urine, an involuntary reflex causes it to contract in an effort to empty. 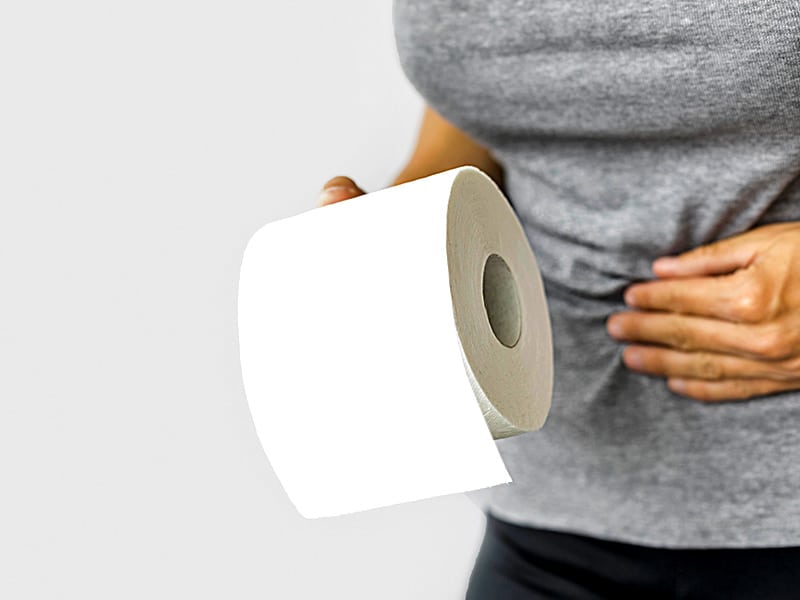 Is Urinary Incontinence the Same as an “Overactive Bladder”?

An “overactive bladder” (OAB) is distinguished by an urgent and frequent desire to pee. Urinary incontinence may or may not be included. To diagnose OAB, urine incontinence, or a mix of the two, your doctor will most likely conduct a complete medical history and a pelvic exam.

What Should I Expect When I Visit My Doctor for Urine Incontinence?

Your doctor will conduct a thorough medical history and ask you to explain or demonstrate any signs and symptoms you’ve observed.

Occasionally, doctors will ask patients to keep a bladder diary for many days. This can offer valuable information on the frequency, intensity, and volume of urine generated.

Your doctor may perform a pelvic exam to look for pelvic organ prolapse or other anatomical reasons that might cause urine incontinence.

Lastly, to better understand the cause of urine incontinence, your doctor may employ diagnostic techniques such as imaging and bladder function testing.

Another medicine relaxes the bladder muscle, allowing the bladder to hold more pee, and is beneficial in treating urge incontinence.

Is Surgery An Option for Urine Incontinence?

Your doctor may propose a surgical operation best to manage your urine incontinence after a complete assessment to establish the kind and origin of the problem. There are several successful approaches; however, the following are the most common:

Other methods, such as those that use surrounding nerve tissue to regulate the bladder or a therapy akin to acupuncture known as percutaneous tibial nerve stimulation, or PTNS, may be beneficial in treating your form of urine incontinence. Your doctor will discuss the specifics with you if these treatments are indicated.

Our services in Las Vegas

We help you alleviate the symptoms of urinary incontinence through the following:

If you do not know if our services are right for you, our advisor provides helpful information you look for when making healthcare decisions. So feel free to contact us.

You can get information about other Home Assist  services.